I made my first jazz record with Dr. Lonnie Smith as a special guest, and that was a bit of a fluke, but my whole thing is about building relationships. I also built a great relationship with Jim Rotondi, and he played on my second record as a leader.

Then, there's my record with Joey DeFrancesco: I brought Joey to the Cellar Jazz Club three times before recording, and it was actually Joey who broached the subject of doing something with me.

Mike LeDonne, Joe Farnsworth, and Peter Bernstein are three guys whom I absolutely love and hung out with a lot in New York before recording things came up. It's a good strategy, I think, for anybody.

It happened organically. If you're a drummer, and Christian McBride's your favorite bass player and you really want to set out to do that, by all means do it; and as long as it's organic and not forced, it might work.

My first trip to New York for jazz

When I made my first trip to spend time with the New York jazz scene, I had some friends there, so it's not like I was going in cold. I knew Chris Tarry was living there, and I ended up staying with him.

I just started going to the clubs. I went to Smalls and met the owner, I went to Smoke, and I just said, "Hey, my name is Cory, I own a club in Vancouver, and I just wanted to say hello."

I looked up Ian Hendrickson-Smith, told him I was taking my first trip to New York and would love to meet him, and all these years later he's one of my best friends.

That's really what it's about. Go and meet people, and say hello to musicians you know. I didn't go to New York and immediately try to meet Kenny Garrett, Ron Carter, or George Coleman. I went to some of the smaller clubs and met the people who were the fabric of the scene: Jim Rotondi, Eric Alexander, Mike LeDonne, Peter Bernstein. Those are the people whom I wanted to meet.

Then I started bringing them to Vancouver. I'm a risk taker: I like the risk-and-reward part of it, so I try to never let money stop me from doing anything. Back then, I put out my first record on Cellar Live with my line of credit. I have that drive to try to make things successful and not let the financial part stand in the way. It doesn't work for everybody, but that's what I've tried to do. 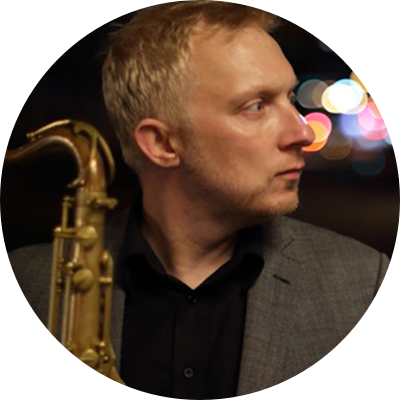 We had a pretty set standard during my first few years booking jazz at Frankie's, but there's a lot of stuff that goes into consideration.